My Twitter bio, among other things includes the famous quote by Descartes “Je pense, donc je suis” but I often think I should rephrase it to:

I am, after all, a firm believer in the power of Twitter, despite what they naysayers may have to say about its fading relevance. I discovered the true power of Social Media on Twitter (not Facebook), when it opened up my hitherto limited world and gave me access to educators across the world, allowing me to discover resources and exchange ideas with people I would have never known if not for Jack and his friends! It was also on Twitter that I first discovered what it means to be famous – well, in my own tiny, little way. My blog posts, my little experiments in class, my forays into the world of Social Media, were taken to the larger world, broadcasted and shared multiple times over by the wonderful Twitter community, carving an identity for me in the digital world. Why, Twitter even helped me win a free gift from my favourite food truck in Bangalore! And so, till the day I die, “Je tweete, donc je suis.”

My first real experience with Social Media was in 2009 when I took on the mantle of a Corporate Communications Director for a fledgling startup in Pune.

My dikat: to create an identity for the company using words. 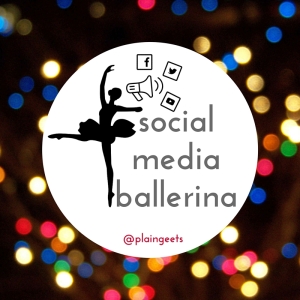 So I wrote white papers, I set up a blog and created their Facebook and Twitter accounts. My own Social Media avatar grew along with that of the company and by 2011, I found myself synonymous with Social Media even in my parallel world of French professors!

I now freelance as a Social Media Consultant for startups and individuals, helping them set up pages on the various networks and streamline a strategy that allows them to build their brand identity on the Web through Facebook, Twitter, Instagram and of course their official blog. I work closely with the design team to create visual content that helps propel their message, but often find myself playing the role of designer as well, which led to my inclusion in the circle of Canva Power users.